WHY THE UCLA MOVIE RESEARCH EXPERIENCE WAS CREATED?

At the first act of our story, we have TWO CHARACTERS WITH OPPOSITE INTERESTS: 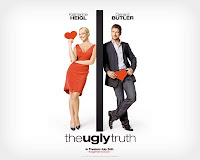 -YOU, the Audience: “Movie goers are very picky and they want price of the ticket to be worthwhile, the studios have to offer more. There should be more creativity and new ideas not just sequels and remakes. Let’s hope Hollywood listens to the audiences” (quoted at Breitbart.com)

-HOLLYWOOD: “What we are really doing is looking for sequels. While, sequels are more expensive than the originals, they are less risky and usually more successful.” Dreamworks President, Lew Coleman, says in The Wall street Journal 2007.

The Movie Industry faces high performance risk and one way to reduce this risk is what we call “the sequel strategy”. They try to get an “original movie” that succeeds and then replicates it one, two, three…times. However, the success of sequels is far from guaranteed even for high profile sequels. Besides, putting more money into sequels means less money for originals. Less money in originals means fewer new sources of sequels. Since most sequels are unsuccessful, there is even less money to spend on originals and then even fewer originals to make future sequels from. The “sequel strategy” is at best a short term one. It will not solve Hollywood funding problems and will generate only “risky non-original movies”. One way to get original movies is via Independent Producers. But, Finance and Distribution folks put independent films into the “high risk investment category” and consequently are risk averse.

At the second act, we have a COMMON PLOT:

How to create a low risk original movie?

At the third act, would we have an HAPPY ENDING?

For us, the audience (you) makes a movie a hit or a flop and your reaction sounds unpredictable. Therefore, why not integrate you in the movie making process?

Wouldn’t it be exciting to be part of the process of making movies?

This approach has begun in other industries (ie: car industry, fashion industry, software industry) and has already success stories. Would it work in the Movie Industry?

That is why the UCLA Movie Research Experience was created.